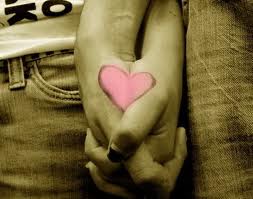 My wife, Kelli, and I did our daily devotion this morning. It dealt with the subject of covering with grace all the little areas about each other that are frustrating. The writer used, as an example, the ways that many husbands load the dishwasher. Actually, he wrote of four ways:

The devotion ended with asking us to ‘share‘ the things that we ‘do‘, that are frustrating to each other. We were then supposed to ask, “Can you have enough grace to cover that frustration?”

I’ve been married for over 25 years now. I’m married to my best friend, truly. However, I learned this morning that there are actually things I do that are frustrating to her! Big shocker, right? This was followed by some interesting conversation… and then the need for some serious grace.

I’m reminded, once again, that Kelli and I aren’t perfect… not even close. However, the love that we have for each other is. Why? Because of Jesus’ involvement. When I do frustrating things, Kelli loves me anyway, because she loves me unconditionally, like Jesus loves her. Yes, she’s committed to me, but she’s even more committed to Jesus… and it is THAT commitment that causes her to pick up her cross, daily, and follow Him… by loving me, regardless of my many flaws. The same is true for the way that I love her… and cover her frustrating ‘habits’ with grace and unconditional love.

For Kelli and I, the ‘D-word’ (divorce) is a naughty and forbidden word to be used in our home. As followers of Jesus Christ, we see the call to follow Him radically, regardless of the frustrations and trials of life, as a mandate that we can never ignore. This means that divorce is simply NEVER an option.

There’s a story in the Bible where some Pharisees came to Jesus to test Him. They asked, “Is it lawful for a man to divorce his wife for any and every reason?” “Haven’t you read,” He replied, “that at the beginning the Creator ‘made them male and female,’ and said, ‘For this reason a man will leave his father and mother and be united to his wife, and the two will become one flesh’? So they are no longer two, but one. Therefore what God has joined together, let man not separate.” Matthew 19:3-6

I think it’s interesting that when asked about whether divorce for any reason is OK, Jesus quoted Genesis 1:27, which says, “So God created man in his own image, in the image of God he created him; male and female he created them.” In our way of reading this verse, it doesn’t have any connection to marriage, and also doesn’t relate to Jesus’ quotation from Genesis 2:24 that a man will leave his parents and be joined to his wife.

Knowing more about the way the creation of Adam and Eve was understood in Jesus’ time will help us. Twice in the first Book of the Bible, Genesis, it mentions the creation of mankind – first in Genesis 1:26-27: Then God said, “Let us make man in our image, in our likeness, and let them rule over the fish of the sea and the birds of the air, over the livestock, over all the earth, and over all the creatures that move along the ground.” So God created man in his own image, in the image of God he created him; male and female he created them. Then, later, in Genesis 2, it says that God formed the man from the dust of the ground and then describes how woman was taken out of the first man.

If I’m being honest… when I first read these two creation accounts they seem to be in disagreement: Were both male and female created at the same time, as in 1:27, or was the man formed first and the woman later, as in chapter 2?

Now bear with me… the explanation might initially seem pretty crazy, but I believe it’s supported by the Scriptures in several places. From before Jesus’ time, it was understood, by those with a Hebraic mindset, that when God first formed the human, He somehow put both man and woman together in that person. Then, when Eve was taken out of Adam, it was because she existed before then too. The verse in chapter one that says that God created them “male and female” was read to mean that each original human was both male and female.

“Uhhhh… Michael… what the heck are you saying?”

I know, I know… but stick with me for a second. While this seems like a stretch, there are several other ways the text actually supports this unique idea. First, the word Adam is a neutral term for human, and before the creation of the woman, Adam is never referred to as a “man” – always just as “ha’adam” which means “the human.” It is only after Adam names Eve as ishah, woman, that he is referred to as ish, man. Also, when God “operates” on Adam, he takes out tzela echad – literally one side of him. The translation of tzela as “rib” occurs only here – everywhere else it refers to one “side” of something, like when the poles were inserted into each of the two sides of the ark of the covenant in Exodus 37:3. Perhaps a better way to describe the scene is that somehow God split Adam in half, and the other half was Eve, and they perfectly complemented each other, because they were once one person.

Looking again at Jesus’ words, if He read Genesis 1:27 the same way that other rabbis of His time did, it explains why Jesus would use this verse in terms of God’s intentions for marriage. Jesus is painting a beautiful picture when He connects that verse to “for this reason a man will leave his father and mother and be united to his wife, and they will become one flesh.” Here the image is that in marriage, a man and woman are reunited back together into one complete person, because somehow they were originally made together in the first place.

Part of the beauty of the image is in the Hebrew word dabaq, which is translated as “be united,” “cleave to,” “cling to,” or “hold fast.” Delightfully, the word can also mean “to fall in love with“! Genesis 34:3 says that “Shechem dabaq Dinah”, which is translated “was deeply attracted to her.” Also, 1 Kings 11:2 says that “Solomon dabaq his foreign wives in love”. Putting this together, Jesus is saying that because God took apart one whole being to make Adam and Eve, that is the reason why men and women fall in love and want to become one being once again, both physically and spiritually. When they are united in marriage, God Himself puts together what He separated at first, and no one should ever try to tear that apart.

This understanding sure makes Jesus’ response make more sense to these fellas trying to test Him in Matthew 19, and to me today. You see, if I can’t get along with my wife and I choose to divorce her, what I’m doing is, in a sense, playing God. For what He has joined together no man can tear apart. I’m trying to do what He did in the Garden of Eden when He divided ha’adam into ishah and ish.

God is God… you and I are not, just might be the real lesson that Jesus wants to get across to these guys who are asking, “Is it lawful for a man to divorce his wife for any and every reason?”  Jesus doesn’t answer in an obvious way… He could have… but He didn’t. He responded, ““Haven’t you read,” He replied, “that at the beginning the Creator ‘made them male and female,’ and said, ‘For this reason a man will leave his father and mother and be united to his wife, and the two will become one flesh’? So they are no longer two, but one. Therefore what God has joined together, let man not separate.” I am finding this very interesting to consider… I hope you do too.