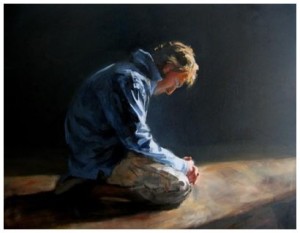 Today’s blog is all about ‘humility’. If you don’t ever struggle with pride, then you probably don’t need to read any further. I, on the other hand, need to write out some thoughts I’ve been having and share some Scripture that I’ve been studying… if for no one else but me.

Luke 14:7-11 – So He told a parable to those who were invited, when He noted how they chose the best places, saying to them: “When you are invited by anyone to a wedding feast, do not sit down in the best place, lest one more honorable than you be invited by him; and he who invited you and him come and say to you, ‘Give place to this man,’ and then you begin with shame to take the lowest place. But when you are invited, go and sit down in the lowest place, so that when he who invited you comes he may say to you, ‘Friend, go up higher.’ Then you will have glory in the presence of those who sit at the table with you. For whoever exalts himself will be humbled, and he who humbles himself will be exalted.”

Being ‘humble’ is something we hear a lot about in ‘Christian’ circles. We hear sermon after sermon about how we should “die to ourselves” (Luke 9:23) and how pride can “defile” us (Mark 7:21-23). We can mouth along with the pastor as he preaches how God “gives grace to the humble” (Prov 3: 34, James 4:6, 1 Pet 5:5), and how it’s the “meek” who get blessed (Mat 5:5). But… why is it that so many of us wrestle with this? I mean, you and I know lots of Christians who have conquered (with God’s help and by His grace) drugs, alcohol addictions, promiscuous sex compulsions, and much more… yet, still struggle with trying NOT to put themselves and their own desires first.

Some of the greatest God-followers have fought the battle of ‘pride’ and ‘ego’. I could begin listing a long list of those who’ve had their ministry come crumbling down because of their extreme lack of humility. Many of those names, I have no doubt, would be very recognizable to you. But c’mon… certainly there have been some who’ve truly walked in humbleness, right? I mean, this is what the Lord requires of us: “He has shown you, O man, what is good; And what does the Lord require of you but to do justly, to love mercy, and to walk humbly with your God?” (Micah 6:8).

This got me thinking… who in the Bible, besides Jesus, was genuinely humble? This led me to the guy who is often referred to as the humblest man in Scripture: Moses.

Moses was famous for his intimacy with God and for his mighty deeds (Deut 34:10-12). However, the Bible also declares that Moses “was very humble, more than all men who were on the face of the earth” (Num 12:3). I find it extremely interesting that the Hebrew word for “humble” in Numbers 12:3 is anav. This powerful little word, anav, probably comes from a root meaning “to be bowed down.” One way to be bowed down is to be bowed down in submission—in other words, to be meek. Actually, most modern English translations of Numbers 12:3 translate anav as “humble”.

This rendering of anav is constant with the Biblical picture of Israel’s famous leader. Moses, who was eighty years old at the time of the Exodus from Egypt (Acts 7:23,30), learned humility through a unique set of life experiences. Though raised in Pharaoh’s court, Moses was forced to flee Egypt at the age of forty after murdering an Egyptian who was beating a Hebrew slave (Exod 2:11-15). He then spent the next forty years in insignificance, watching over sheep that didn’t even belong to him… the flocks of his father-in-law, Jethro (Exod 2:15-3:1). Then, in a fiery way, God interrupted his quiet life by sending him back to Egypt to appeal to a brand new Pharaoh for Israel’s freedom from slavery. At that time Moses asked, “Who am I that I should go to Pharaoh and bring the children of Israel out of Egypt?” (Exod 3:11) As a simple shepherd, he didn’t feel prepared to negotiate with the ruler of a powerful country. Humility was the result of all those years in the desert watching over another’s man’s flocks.

Regardless of his feelings of insufficiency, Moses accepted this challenging assignment. While facing overwhelming obstacles in leading the Israelites to freedom, a special bond was forged between Moses and the Lord. I believe that this relationship was the source of Moses’ humility. I also find it interesting that anav is a word that “conveys an individual’s devout dependence upon the Lord“. In passages such as Ps 22:26 (“The poor shall eat and be satisfied; Those who seek Him will praise the Lord. Let your heart live forever!”) and Zeph 2:3 (“Seek the Lord, all you meek of the earth, who have upheld His justice. Seek righteousness, seek humility. It may be that you will be hidden in the day of the Lord’s anger.”) we see examples of passages that connect anav with an earnest seeking after God. Moses was a person who continually sought Him (see for example Exod 33:12-18). As often happens, the closer he got with God, the more he was able to see himself in a realistic way… which would, of course, contribute to his humility.

Did you follow all that? Moses gets closer to God… Moses recognizes that he’s not God, and far from perfect… Moses becomes humble. In other words, as a result of hanging out with the Lord, Moses didn’t let his role as leader go to his head. (Perhaps this is something today’s leaders in the body of Christ should consider doing too?)

Anyone that studies his life, will see that Moses was a humble man. Moses’ humility is evident: in his ready acceptance of wise advice from Jethro (Exod 18:13-27), in his willingness to share the role of prophet (Num 11:24-29), and in his love and lack of resentment toward those who challenged his authority (Num 12). These kinds of examples suggest that humility was a fundamental part of the humbleness mentioned in Num 12:3.

One last thing I want to point out; Anav is also used in the Hebrew Scriptures to describe a person bowed down with care or trouble. In the writings of the prophets, anav refers to people who are “socially oppressed and miserable.” The ESV translates it as “afflicted” in Amos 2:7 and “poor” in Isaiah 61:1. The word anav appears a number of times in the Psalms where the afflicted person is crying out, in the midst of their suffering, in order to find help (Ps 9:12; 10:12, 17; 34:2; 76:9). It seems, according to Scripture, that those experiencing afflictions often humble themselves before God.

This particular definition of anav applies big time to Moses. On Israel’s journey from Egypt to Mt. Sinai, he faced the burden of the people’s continual complaints (Exod 15:22-24; 16:2-3; 17:1-4) and legal disputes (Exod 18:13-16). After Israel’s year of training at Mt. Sinai, he undoubtedly had high hopes that the remainder of the trip to the Promised Land would go smoothly. (One can sense his enthusiasm in Num 10:29-36.) Unfortunately, the complaints soon started up again (Num 11:1-3). When demands for a more varied menu spread through the Israelite camp (Num 11:4-6), Moses felt overwhelmed by the weight of his duties. He asked the Lord, “Why have You dealt ill with your servant? And why have I not found favor in Your sight, that You lay the burden of all this people on me?” (Num 11:11) Adding to this already heavy load, Moses’ sister and brother began to criticize him too (Num 12:1-2). By this point, he probably felt that he was dealing with more trials and frustrations than anyone ever. So Num 12:3 is really an appropriately awesome description of Moses, with anav meaning bowed down by care or trouble.

The two meanings of anav—humble and afflicted—both perfectly describe Moses. But guess what, they also apply to Jesus of Nazareth, Who, through His resurrection, we recognize as Scripture’s “prophet like Moses” (Deut 18:15, 18 and John 5:45-47). In fact, His humility and suffering far surpassed even those of Moses. We read, about Jesus in Phil 2:6-8, “Who, being in the form of God, did not consider it robbery to be equal with God, but made Himself of no reputation, taking the form of a bondservant, and coming in the likeness of men. And being found in appearance as a man, He humbled Himself and became obedient to the point of death, even the death of the cross.”

In addition to showing the maximum amount of humility on the Cross, Jesus bore the heaviest burden of all; the sins of each and every human being that has ever lived. Way before Jesus was on the scene, the prophet Isaiah was inspired to write about God’s Servant, the Messiah, “Surely He has borne our griefs and carried our sorrows; Yet we esteemed Him stricken, Smitten by God, and afflicted.” (Isaiah 53:4)

So what’s the lesson for you and me today?

Moses’ humbleness involved an authentic meekness that enabled him to handle an overwhelming responsibility that included a fair amount of suffering. But even more importantly, he points forward to the humbleness of Jesus, Who endured more suffering than you and I will ever be able to imagine.

Today, regardless of the trials I am faced with, I am called to persevere in humility. You and I are blessed that our burdens are made lighter by our Master (Matt 11:27-30), and by the fact that we’re not in this alone. May we never forget that fact… We are not in this alone… We’ll never succeed in our own strength… We can never take the credit for ourselves… We must only boast in Christ.

May you and I have the same humbleness of heart which shone through both Moses and Jesus… and may our pride be only in Christ.