Many of you probably know that I am just returning from my first trip to Jerusalem, Israel. 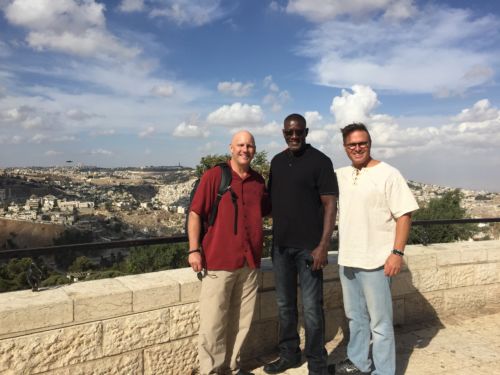 I was there for one week, the week of Sukkot (the Feast of Tabernacles or Feast of Booths). This is the fourth annual festival (2 Chron. 8:13, Ezra 3:4, Zech. 14:16), also called the feast of ingathering (Ex. 23:16; 34:22), the feast of the Lord (Lev. 23:39, Judg. 21:19). It’s observance combines the ingathering the labor of the field, the fruit of the earth, the ingathering of the threshing floor and wine-press (Deut. 16:13), and the dwelling in booths (or “tabernacles”), which were to be joyful reminders to Israel. These ‘booths’ are reminders to Israel of the protection, preservation, and shelter from heat and storm that God provided for their ancestors for the 40 years of wandering in the desert. Everywhere I went, I saw these booths set up. Outside of homes, apartments, stores, and even restaurants. 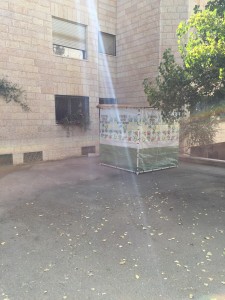 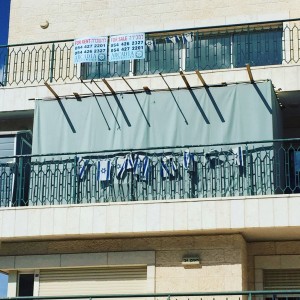 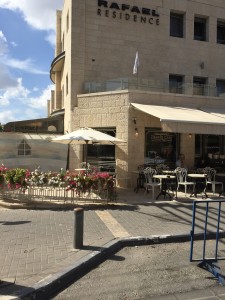 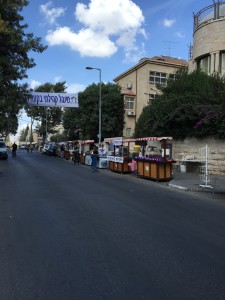 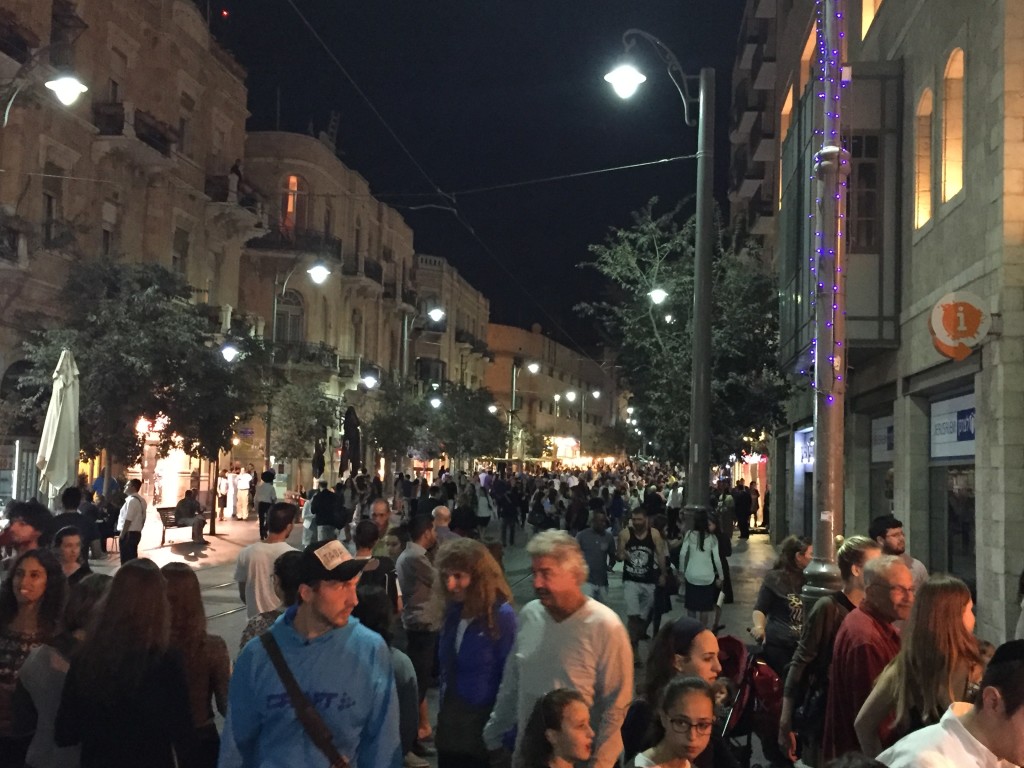 It was exciting to be in Jerusalem during one of the ‘high holy weeks’, and the city was jam-packed full of people. We spent hours simply trying to find parking, and walking great distances to get to where we wanted to go. 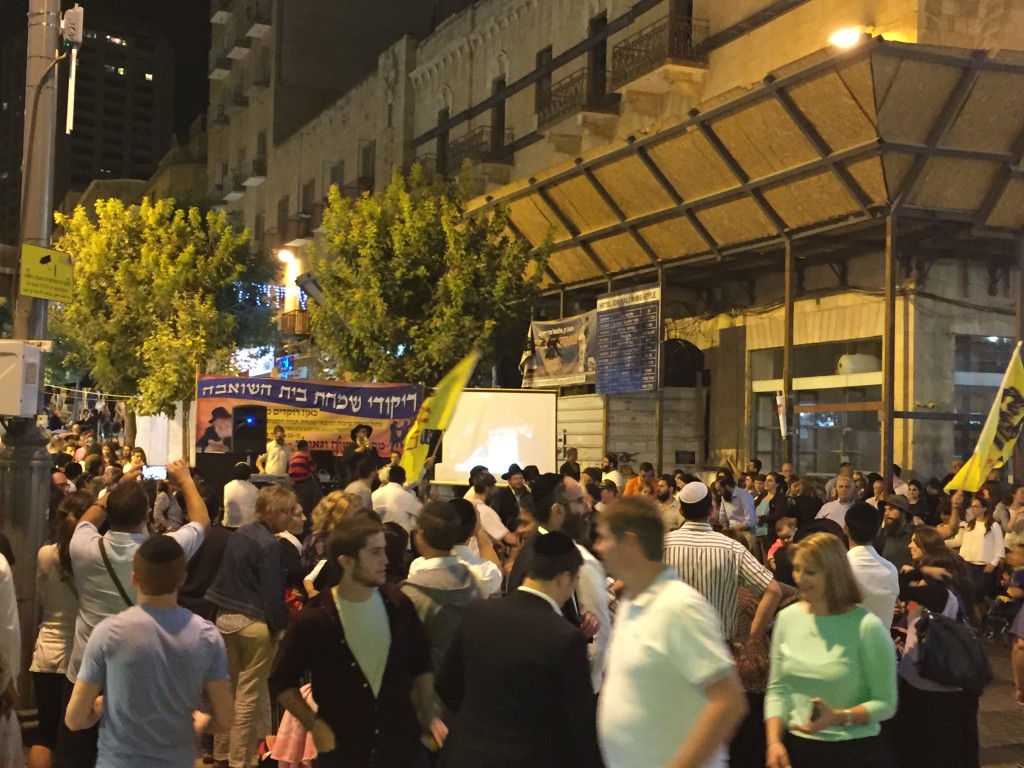 I have so many pictures, and would love to post them all, but I’m afraid most would be bored with them… but here’s just a few more: 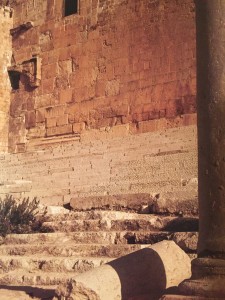 Steps on the southern wall that led to the Temple. This small portion of steps are all that remain of the Temple steps, and would have been climbed by Jesus many times throughout His life and ministry.

I was able to visit some pretty cool places within the Old City, of Jerusalem. I went to the places they believe are; Golgotha, the Empty Tomb, Via Delarosa (the road Jesus walked as He carried the Cross), the Mount of Olives, the Garden of Gethsemane, Mount Zion, the Western Wall (also called the ‘Whaling Wall’… the most complete part of Solomon’s Temple that still stands), the Sheep Gate (the gate on the Eastern Wall that leads to the Mount of Olives, mentioned in John 5:2, where Jesus would have walked thru many times, also where it is commonly believed that Stephen was stoned to death), Herod’s Palace, and the courtyard where Jesus was tried. Here are just a few more of my pictures: 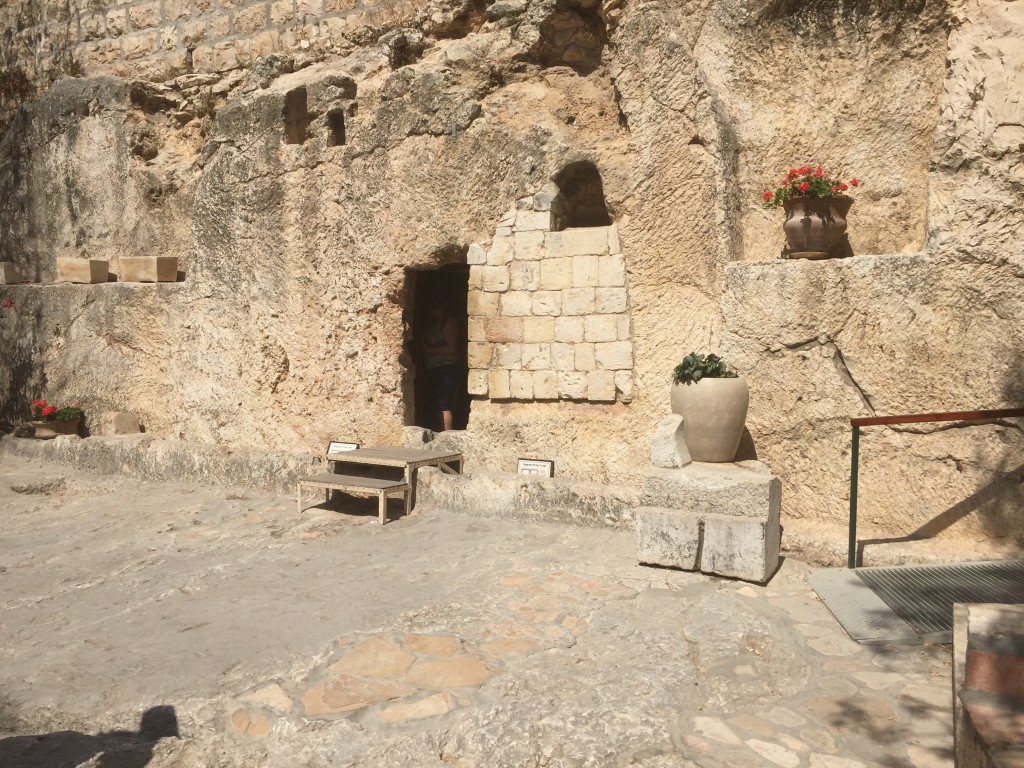 This is called ‘The Garden Tomb’. Many believe that this is the actual tomb of Jesus. There are some pretty convincing arguments as to why this is believed. I wasn’t totally convinced, but who knows? It was awesome to simply see a tomb from that time period and be reminded of the fact that the God I love and serve is no longer dead! 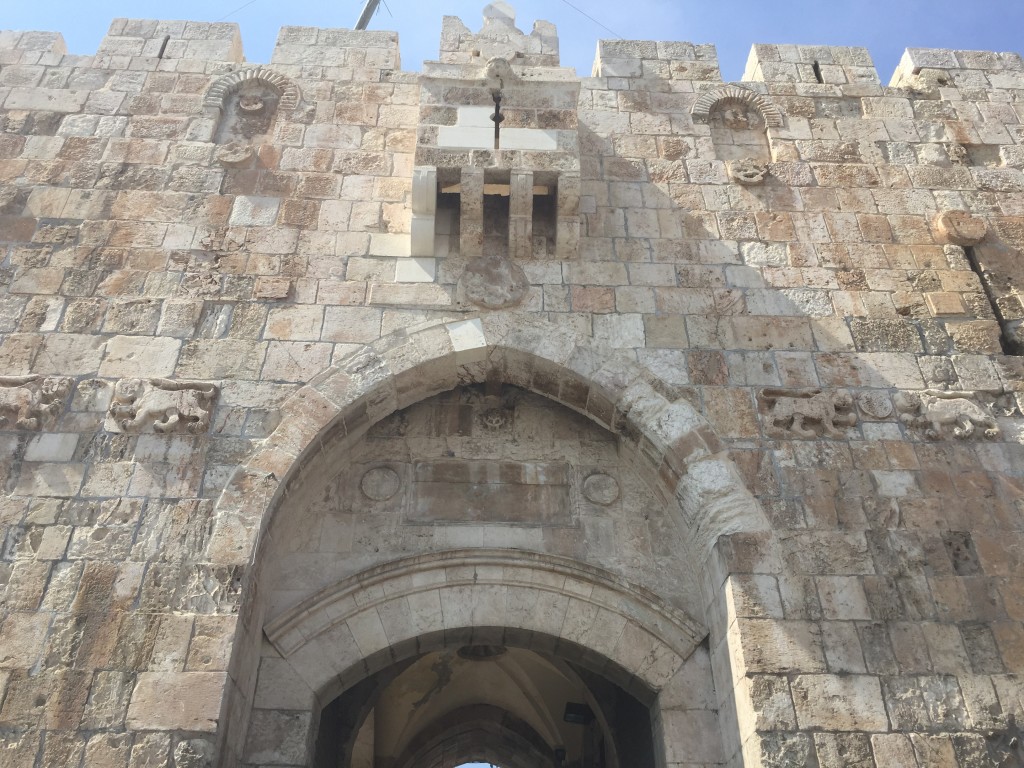 This is ‘The Sheep Gate’. To think that Jesus went in and out of this very gate… is just cool. 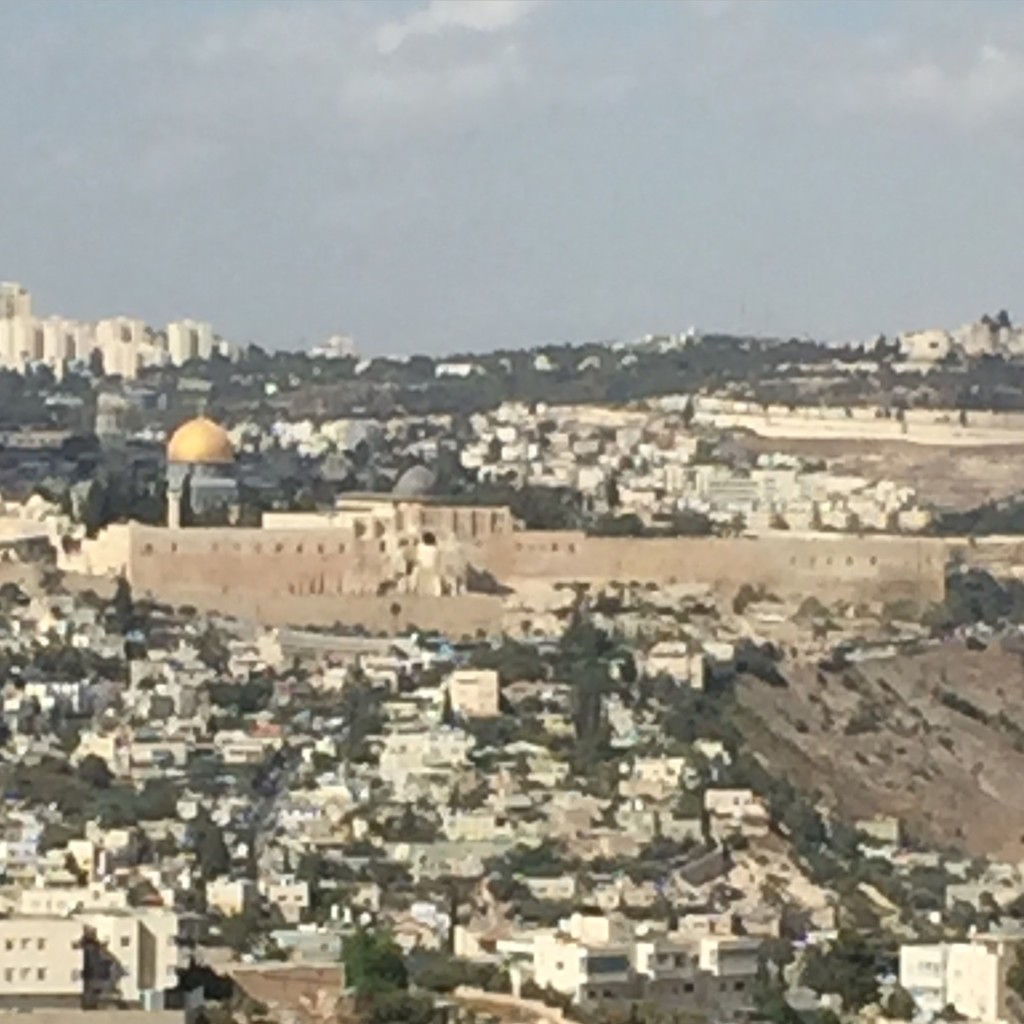 This is a picture I took of the Southern Wall of Jerusalem, from a distance away of course. The houses in the foreground are located on a small incline leading up to the city. This small incline is called, “Mount Zion”. I found that incredibly interesting. I pictured, in my mind before seeing it, that Mount Zion would look like Pikes Peak! Nope. Just a small little hill on the south side of the city. 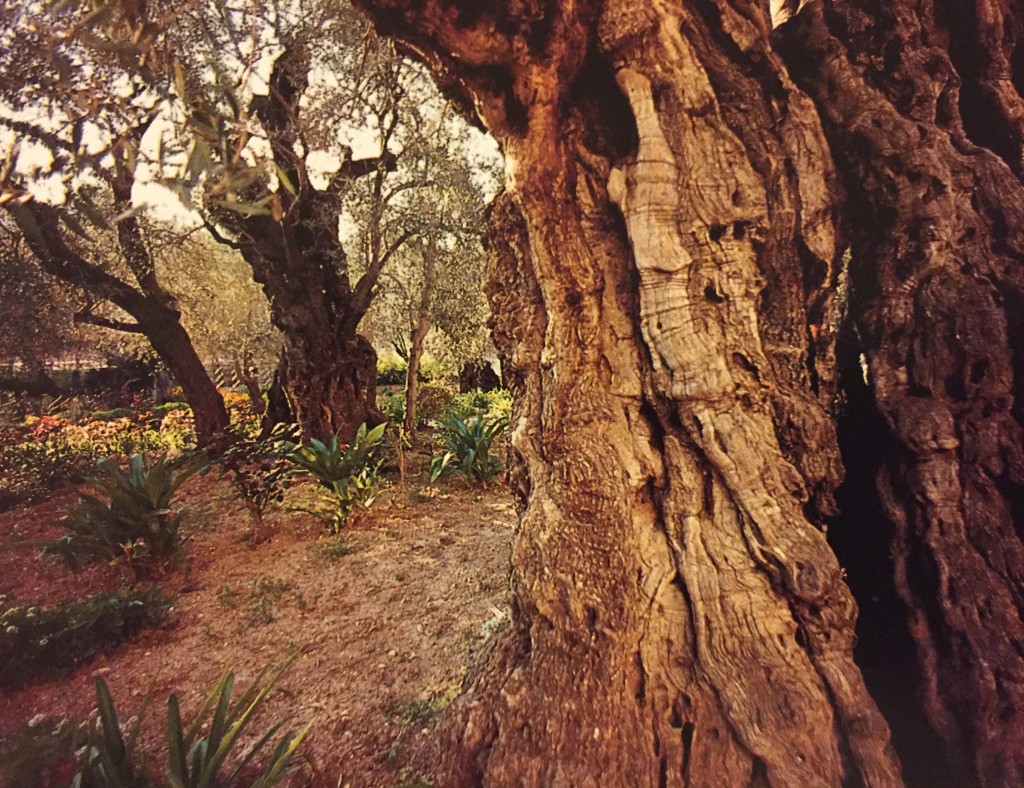 Here is a picture of the Garden of Gethsemane. It’s a small garden, full of olive trees, on the hill of the Mount of Olives. It was the most emotional place for me, and is the most legit place I visited. Every other place is always prefaced with “some scholars believe this is the site…”. However, this location is one that EVERYONE agrees upon. This is the Mount of Olives, and this is the Garden of Gethsemane. It’s not a large place. About the size of the small city park located in the neighborhood near my house. At one end of the Garden there is a church that has been built. 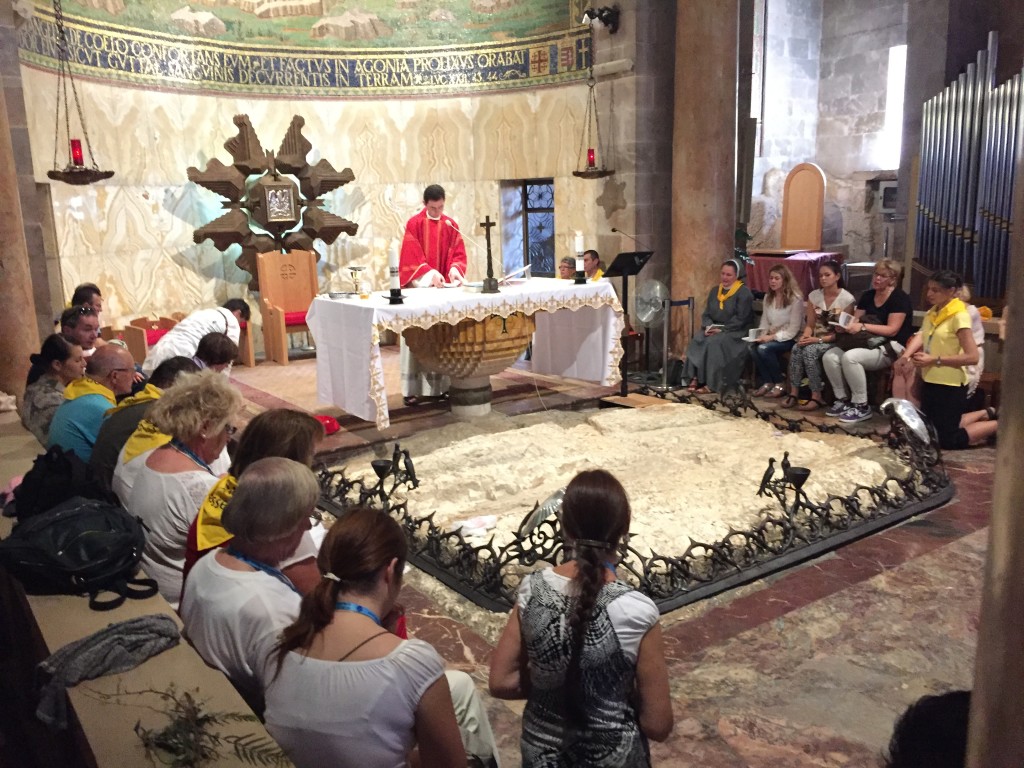 Upon entering the church you find that there is a large rock inside, long understood to be the exact place where Jesus cried out to the Father, “O My Father, if it is possible, let this cup pass from Me; nevertheless, not as I will, but as You will” (Matthew 26:36-46 [vs. 39]). As we entered, the church was conducting a communion service, but if you look closely, you can see the large flat rock in front of the communion table. They’ve built a small iron, decorative fence around the rock that looks like twisted olive branches and has two doves on each side.

Well… I think that’s enough for now. Needless to say, I had an incredible trip! It has forever changed the way I’ll read the Word of God… not that it has altered my doctrines or views of anything, but that it has breathed life into the stories I know so well… and my love for the Person of Jesus Christ. If you are still reading this, thanks. I pray you all are doing well and enjoying an intimate relationship with Jesus. Truly… He is all that really matters.

As always… MUCH LOVE!