Remember the scene at the end of The Wizard of Oz when Toto pulls back the curtain to reveal that the great and powerful wizard was nothing but a normal guy hiding behind an impressive image? That’s how I feel whenever I’m asked to describe ministry. After pastoring for thirty years, reading a ridiculous amount of books, and attending more leadership conferences than I can count, I had built up a pretty good idea of what leading in ministry should look like: A successful leader in ministry is an incredibly gifted alpha male CEO, an armored knight who can withstand any attack, a rock star hero who can fly in and answer any question, meet any need, and eloquently explain any and every Bible passage. No sweat. However, like young David trying on King Saul’s armor when he was a size S, and the armor was a size XXL, I soon realized that something was wrong.

My wife and I were youth pastors for eight years. We then planted a church in our living room that grew to well over a thousand people in a small suburb of Kansas City, Missouri. We pastored that church for eighteen wonderful years. We then moved to Colorado Springs and became equipping pastors of a church that regularly ran over three thousand in attendance. Many times, throughout these ministry positions, I was asked to share my thoughts on how to be successful and reveal the hidden formula I had somehow obtained. At these times, I was able to share small bits of wisdom, but truthfully, I always felt like that normal, little guy behind the curtain. I constantly had the feeling that I was somehow fooling everybody, and if they ever caught on to the fact that I was really not that impressive or special, they would pull the plug and reveal my utter lameness to the world.

Through a serious health issue that my wife went through, which included two brain surgeries, the Lord slowed me down. And in the midst of genuine pain, where I was caring for my wife, raising five children, and continuing in full time ministry, the curtain was indeed pulled back. It was then that the truth of who I am, and who I am not, became blaringly evident. I began to realize that authentic ministry has very little to do with us. My preconceived ideas of how ministry should look and what a leader should look like began to be challenged. 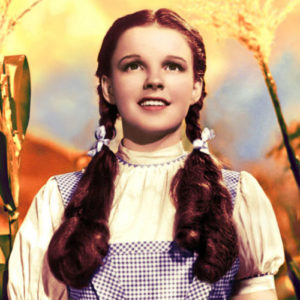 Ironically, in a movie titled The Wizard of Oz, the wizard is not the main character… Dorothy is. Instead of the guy who knows how to manipulate images and come off as a know-it-all, the hero is not at all who anyone would expect. She is the wrong gender and the wrong age. Rather than being a person with all the answers, who is constantly informed of what’s up and where to go, she is herself lost, a seeker, vulnerable, often bewildered. She is stuck in a predicament – still a little dizzy from the tornado, feeling lost and far from home. These are characteristics that would disqualify her from most people’s thinking of modern leadership. She didn’t have all the answers, and surprisingly surrounded herself with others who didn’t have the answers either. She honestly thought that their needs, although completely different than hers, could be fulfilled on a common quest. Her sincere heart, her compassion, her determination, and willingness to take chances helped each of them get exactly what they needed in the end.

My wife’s health demanded that we move to a higher altitude, and so, by God’s grace He has moved us to Telluride, Colorado. I now pastor a beautiful church that is quite a bit smaller than the ones I used to pastor. After our Sunday morning service, I take a gondola to the top of a beautiful mountain and I lead another service for those who are visiting our beautiful area. Some weekends there are tens of people, other weekends I am ministering to less than a handful. Some weekends I am standing in the sun with unimaginable beauty surrounding me on every side, other weekends I am standing in negative zero temperatures and in a blizzard. Gone are the spotlights, the ushers and security teams, the large crowds, and the radio interviews. But what has been exposed is the return of a sincere and compassionate heart, a radical determination and willingness to surround myself with others who are seeking, and finally, a realization that I’m nowhere near perfect. I can only wear regular sized armor, because that’s who God has made me to be. What the Lord desires is for us to simply be obedient, even in our weakness. Why? Because then He gets all the credit… and the true Hero is revealed: Jesus.